The term originally comes from the stock market. There, it refers to a deliberate increase in the price of a share (pump) brought about by false or misleading information, which is then sold at the overpriced price by the insiders (dump), as a result of which the price usually falls and all other investors lose money. A fraudulent scam, then, to make a profit on the ignorance of small investors and newcomers to the stock market.

A pump and dump is all about deliberately and in a coordinated way driving a price up (“to pump” = to inflate, to inflate) in order to then sell the asset again immediately after it has reached its high (“dump” = to throw away, to dump) at a significant profit. Pump-and-dump schemes are significantly older than Bitcoin & Co. but fall on particularly fertile ground in the crypto space. This is despite the fact that it is primarily the initiators of the pump and dump who benefit. 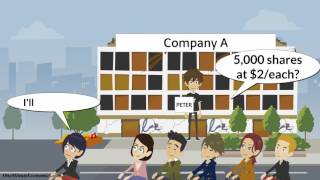 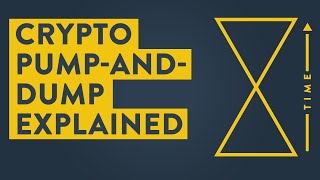 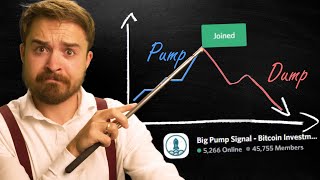 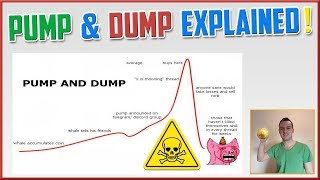 Thus, investors conspire online to generate profits together. In doing so, they rely on triggering the “fear of missing out” in outsiders. (Also known as FOMO: Fear of Missing Out). For dating, there are specially created groups in messaging services such as Telegram. To better understand the scheme, we trace a recent case here.

How to predict pump-and-dump schemes (experiment)

Most pump-and-dump activity is coordinated via the messenger Telegram. To do this, the initiator(s) of the experiment first create a Telegram channel and try to recruit as many participants as possible. Xu and Livshits cite 1,000 members as a typical threshold to reach before a pump begins. Typically, communication is one-way: only the organizer is allowed to post to the channel. This distinguishes a Telegram channel from a Telegram group.

Once enough members have gathered in the group, the big wait begins. The pump organizer or channel administrator first announces the exact time when the pump will take place. The administrator does not reveal which coin it will be. Instead, he keeps the group members in line until the coin is announced with countdowns, motivating words and behavioral strategies. This usually takes a few days.

Announcement of the pump candidate

At the agreed time, the pump organizer then announces the coin to be pumped. This is usually done with the help of an image file so that no bots can “read along”. This announcement is the signal for the members of the channel to buy the token. As a result of the concerted action, the price of the coin usually increases many times over within a few minutes. During this time, the organizer of the pump implores the members of the channel to still hold on to their coins so that outsiders can still jump on the supposed moon rocket.

To get an overview of pump activity on Telegram, the researchers fished data from the website pumpolymp.com. The site lists Telegram channels dedicated to this form of market manipulation. In this way, the authors identified 220 pump-and-dump activities for the period between July 19 and November 18 of this year.

More than two-thirds (67 percent) of the manipulations took place on the crypto exchange Cryptopia, followed by Yobit (18 percent), Binance (eleven percent) and Bittrex (four percent). In every fourth case, there has already been a pump of the respective coin on the corresponding exchange. The authors also note that Binance had significantly more users involved in pump-and-dump activity due to its wide reach. However, the corresponding price increases of the pumped coins were significantly lower on these exchanges than on Jobit and Cryptopia. The reason lies in the listing of coins with low market capitalization, which one looks for in vain on the major crypto exchanges.

Trade against the Machine

Jihuana Xu and Benjamin Livshits developed machine learning models to make predictions about upcoming pump and dumps. In doing so, they looked at coins listed on Cryptopia.

In total, the researchers fed their models with data from 46 categories, such as the coin’s market capitalization, whether it has been pumped before, the age of the currency, transaction fees on Cryptopia and the volatility of the price. They used both the Random Forest classification method and general linear modeling approaches. The training was successful for different models. For example, Jiahua Xu and Benjamin Livshits were able to correctly predict five out of six pumps between October 31 and November 4.

The weekly chart did not enter a trend change due to the small correction in the bitcoin price. In the last two weeks, an important support zone was tested several times. This withstood the pressure of the bears. The long wicks below the last candles shows a continued strong buying interest in this zone.

However, this does not mean that the correction must be over yet. The Bitcoin price must sustainably overcome the zone around the all-time high and at best confirm it once again with a test from above. Before that, one cannot speak of a trend continuation.

As also mentioned in our last report, the zone around the old All Time High from the end of 2017 is a strong support for the weekly chart. There, many factors come together to give the Bitcoin price a hold during a sell-off on a weekly basis.

If you look at the daily chart, you can see that the zone of $33,000 to $34,000 is touched by the Bitcoin price again and again. Currently, it seems that in this zone there will be a decisive battle between bulls and bears. If the bears try to push the price below it, they will be pushed straight back up. If the bulls try it, the bears are available.

In addition, a bull flag seems to be formed. These have a higher probability of continuing the previous trend. However, as mentioned before, the bulls must first lift the Bitcoin price above $34,000 to then attack the zone of the current all-time high.

The key level at around $30,775 can certainly be counted as support. Even after several attempts by the bears, they did not manage to push the Bitcoin price below this mark. Currently, the market is therefore still in a sideways movement, which you have to sit out.

As can be easily seen, the market is in a general phase of uncertainty. Neither in the large, nor in the small time units a clear trend can be seen. Long wicks are forming on both sides of the candles. Fast trades with high leverage and a lot of risk are currently the order of the day. Especially sideways phases cost inexperienced traders a lot of capital.

As described at the beginning, the Bitcoin price must first fight its way out of the bull flag or above the existing all-time high. Then one can think about longer-term long entries again. For good buying opportunities for the Hodl-folio, we have the marks around $26,250, $22,800 to $23,850 and the zone of the old All Time High from the end of 2017 in mind.