Since the late 1980s, there has existed an informal group of individuals who coordinate precisely through an e-mail list to accomplish the above purpose. This movement was fostered by the discovery of asymmetric cryptography by Whitfield Diffie and Martin Hellman. Asymmetry means that instead of using the same password to encrypt and decrypt data, you have two passwords. One is used only for encrypting, this password is often called “public key”. The other is used only for decryption, also called “private key”. This discovery made it possible to exchange messages over insecure communication channels and to be sure that no middleman can listen in on the communication traffic. Private/public key cryptography is also abbreviated with the letters PGP. These stand for Pretty Good Privacy. It is almost impossible to decrypt such a message.

In the early 1990s, the Cypherpunk movement gained formal ideology. Three individuals, Eric Hughes, Timothy C. May and John Gilmore held regular meetings in a small group in the San Francisco area. In the process, they came up with the name “cypherpunk” in reference to the cyberpunk movement, a dystopian direction in science fiction literature. In 1992, Timothy C. May wrote a manifesto predicting a world that would be significantly shaped by technological advances. May was motivated primarily by libertarian thought such as that of Ayn Rand. 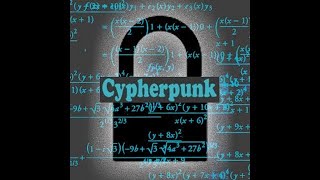 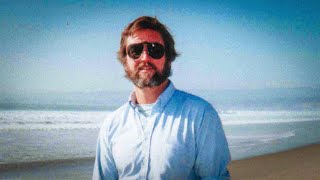 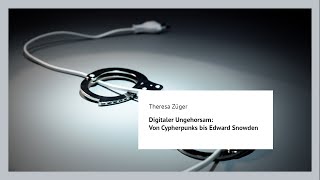 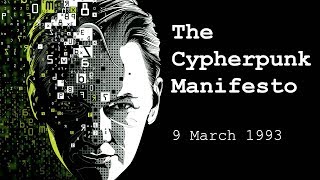 The Cypherpunk mailing list attracted many talented and famous individuals. Such as Australian hacker and journalist Julian Assange, who founded the WikiLeaks disclosure platform in 2006 and lived in Ecuador’s embassy in London between 2012 and 2019 until he was arrested. Or Nick Szabo, who is a well-known figure in the Bitcoin community. Last but not least, Satoshi Nakamoto himself found himself among the cypherpunks and published his legendary white paper on a “Peer-to-Peer Electronic Cash Network” in 2008. With this paper, Satoshi Nakamoto realized a dream that the cypherpunks had been harboring since their early days: an electronic means of payment for the digital world that was independent of states.

The Internet is a huge spy machine. Not only since the NSA scandal came to light, everything we transmit here is stored and analyzed by someone. Governments but also companies have long entered the business with data and sell them to the highest bidder.

Freedom and the Future of the Internet

Julian Assange, co-founder of WikiLeaks and America’s public enemy No. 1, together with activists Jacob Appelbaum and Jérémie Zimmermann and Chaos Computer Club member Andy Müller-Maguhn, sound out the future of the Internet and call for a digital revolution. His message: freedom on the Internet is feasible. The message is clear: users of all countries unite and fight back!

The book is the transcript of a discussion held in March 2012 and therefore does not always follow a common thread. However, it does valuable educational work and could at least help to throw some sand in the gears of the largest wiretapping operation in the history of mankind so far.

Julian Assange is a journalist, programmer and initiator of the disclosure platform Wikileaks. He has been living in political asylum in the Embassy of Ecuador in London since summer 2012. Jacob Appelbaum is a software developer, a member of the Berlin Chaos Computer Club, co-founder of the hackerspace Noisebridge and a contributor to the Tor project, a network for anonymizing Internet connections. Andy Müller-Maguhn is one of the founders of European Digital Rights, an organization for the enforcement of human rights in the digital age, and also a member of the Chaos Computer Club. Jérémie Zimmermann is co-founder and spokesperson for La Quadrature du Net, a European organization defending anonymity rights online.