What is hash, hashing and hash rate? Crypto Terminology Explained

Contents
1. Crypto Terminology Explained
2. How is the hash rate measured?
3. The hash function in cryptography
4. The Hashrate in Bitcoin and Ethereum
5. The mathematical basis of hashrate
6. The peculiarity of the hashrate in cryptomining
7. Why a high hashrate is still interesting for miners

If you remember, in my previous article What is a Bitcoin Hash, I explained in detail that the Bitcoin network consumes a lot of energy because it has to perform mathematically intensive calculations on a regular basis to find the blocks. 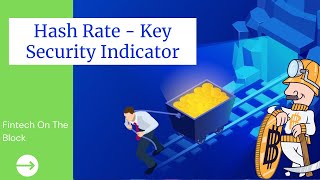 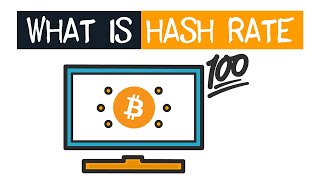 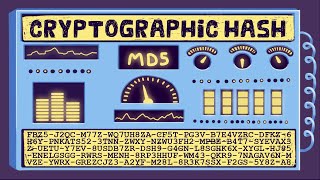 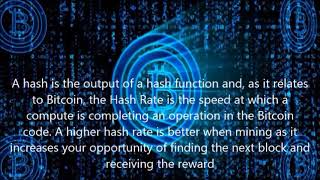 And miners arrive at this particular hash (or target) by varying a small portion of the block’s header, called a “nonce.” A nonce always starts with “0” and is incremented each time to get the desired hash (or target).

As the variation of the nonce is hit and miss, the chances of getting that particular hash (or target) that starts with that many zeros are very low. Therefore, many attempts must be made by a miner by varying the nonce.

And this number of attempts per second is called the hash rate or hash power. And these hash powers or guess attempts are made by miners who churn the bitcoin blocks using a process called bitcoin mining.

How is the hash rate measured?

The term hash comes from the field of mathematics and is derived from the English verb “to hash”. This translates as “to chop up” or “to cut into small pieces”.

In principle, a hash function ensures that a large quantity of things or information is automatically divided into small elements and target groups on the basis of certain factors. Translated into everyday life, a hash function could consequently divide fruit into its components and sort them into apples, bananas, pears and the like.

The hash function in cryptography

If we now dive into the world of cryptocurrencies, the hash function takes on a special task. In simple terms, it ensures that two different results cannot produce an identical hash value during Bitcoin mining.

A hash value is a coded string of numbers that stands for a specific result. That one result, in the case of cryptocurrencies, is the correct solution to a mathematical problem. Miners must solve this problem in order to append a new block to the blockchain.

For solving the puzzles and appending the blocks, the miners are paid with Bitcoin, Ethereum and Co. For this reason, there is also only one correct solution. So there is one correct answer per block. If there were multiple answers, the entire blockchain process would be in danger.

In this context, the term hashrate is often used. In principle, there is no complicated process behind this. Rather, the hashrate stands for the speed with which the mathematical tasks are solved in crypto mining. It is a unit of measurement for computing power.

The more calculations a computer or graphics card can solve in a certain period of time, the higher the hashrate. To increase the computing power, miners often join together in so-called “pools”.

By pooling hundreds or thousands of graphics cards, the hashrate of a network increases. This in turn allows the miner communities to solve more computing tasks in the same amount of time. This in turn increases the likelihood of creating new coins or tokens.

The very miners who solve the mathematical puzzle correctly the fastest receive the greatest reward in the form of cryptocurrencies. Accordingly, speed is a crucial, economic factor.

The Hashrate in Bitcoin and Ethereum

In the case of bitcoin, the hashrate in July 2021 is around 100 exa-hashes per second (EH/s), according to Blockchain.com. That translates to just over 100 million tera-hashes (TH/s). By comparison, the hashrate on the Ethereum network was just 575 TH/s in June 2021.

The mathematical basis of hashrate

The underlying unit in hashrate refers to the so-called hashes per second (H/s). This value thus quantifies how many computational tasks a miner or an entire crypto network can solve within just one second. The hashrate follows the known mathematical standards.

Thus, in principle, the hash rate can be increased infinitely. However, most people already lack the reference to the mathematical number at dimensions such as those of the Peta or Exa hash.

The peculiarity of the hashrate in cryptomining

If you have followed the previous explanations, you will come to the conclusion that a higher hashrate also promises higher mining successes. In theory, this is also correct. However, the protocols of cryptocurrencies contain a security mechanism.

This is intended to prevent large groups with high computing power from quickly mining a large amount of cryptocurrencies. Therefore, there is a correlation between the hashrate and the complexity of the computing tasks.

Why is this important? If there were no such correlation, huge server farms would be able to mine incredibly large amounts of Bitcoin and co. in a very short time without any way to prevent it. Thus, large operators:inside would gain an unfair advantage.

Why a high hashrate is still interesting for miners

Although more power does not automatically lead to higher mining yields, a high hashrate is still desirable. After all, as computing power increases, so does the number of computational tasks solved.

The more miners and mining communities work on solving a mathematical puzzle, the more important the individual hashrate is. After all, it is decisive for how high the percentage share of the distributed bonus is for the individual miner.