What is the Genesis Block?

A Genesis Block is the first block of a blockchain. Modern versions of Bitcoin number this as block 0, although very early versions counted the Genesis Block as block 1. This is almost always hardcoded into the software of the applications that use its blockchain. It is a special case because the Genesis Block does not refer to an earlier block and creates an unusable subsidy for Bitcoin and almost all of its derivatives.

The Genesis Block, also known as Block 0, is the ancestor to which every other Bitcoin block can trace its lineage, as every Bitcoin traces back to an earlier one. Nakamoto mined the original block on a CPU (as opposed to the specialized graphics cards miners need now) with no competition, since no one knew it existed at the time and it wasn’t worth anything anyway – at least in paper form. At the time, Bitcoin was more of an experiment than anything else, and it would take another year or so for Bitcoin to catch on. It would be incredibly easy for today’s miners to solve these blocks, which were set to difficulty 1. 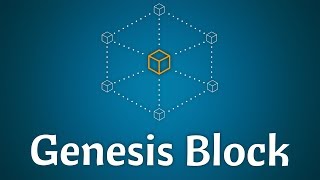 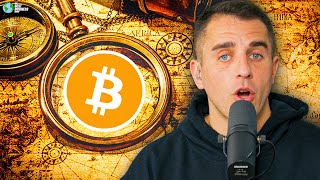 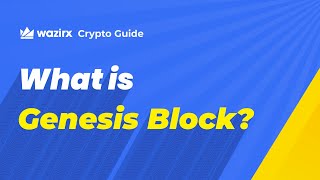 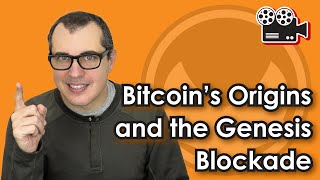 The next block, known as Block 1, was not mined until six days later, on January 9, 2009. This seems odd since the average timestamp interval between blocks is 10 minutes. There are a few theories about the delay, such as that Nakamoto tested the Bitcoin system in the interim to make sure it was stable (then backdated the timestamp). The Genesis Block has become synonymous with Nakamoto, existing both as the backbone of the entire project and as a sort of shrine for fans of Nakamoto to drop their Bitcoins into a sort of wishing well.

The Genesis Block remains the key for many Bitcoin followers to identify Nakamoto himself. The idea is that only Nakamoto can use the private key associated with the block and other early blocks to sign a message. If someone were able to sign messages using the private keys of the original blocks, that would be solid proof that it was Nakamoto.

On Ethereum, too, every blockchain has to start somewhere – with the Genesis block. This is the first block where Ethereum’s creators were allowed to say, “The following accounts all have X units of my cryptocurrency.” Every transfer of Ether on the blockchain comes from one of these first accounts (or from mining). Every time we start Ethereum, we create this Genesis block from scratch. The synchronization of the blockchain with peers only starts at block 1.

The Genesis block is created using the Genesis state file or genesis.json in Geth. This file contains all the data needed to create block 0, including who starts with how much ether. The config struct in genesis.json has to do with setting configuration variables for Ethereum and nothing to do with what is in block 0. However, these values are important because they must also match the configuration information of any other node that users want to interact with.

Modern versions of Bitcoin number the blocks. However, the first block is not numbered with the digit one, but with zero. In earlier versions, the Gesesis block was counted as block zero.

Characteristically, this particular block is almost always hard-coded, i.e. fixed, in the application software. It is a special case because this block cannot refer to a previous block. Thus, the block which represents the origin, both for Bitcoin and largely for its derivatives, generates a subsidy that is indispensable.

Every single virtual currency is based on an originating block, but Bitcoin represents a special case because it was the first block ever. All other blocks of cryptocurrencies were created after the Genesis Block.

Thus, this block can be called the ancestor of the other blocks, which can trace this back by means of links to earlier blocks using block headers.

The Genesis block contains hidden messages in the so-called coinbase transaction. These are notes from the creator of Bitcoin, which serve two functions. The original block marks the time of creation and it points to the problems with the current government bailout attempts for banks. The note also refers to problem arising due to this regarding moral hazard.

Change of the creation block

So if you want to break away from the Bitcoin blockchain, you have to create a completely new network that starts with an individual and separate history. Only if the Genesis block is changed can a new system be created.

Meanwhile, there are cryptocurrencies on the market that share a common Genesis block, but have been able to develop new and independent currencies through forks.

A constantly expanding chain of blocks

You may think of it metaphorically: The blockchain is a chain of individual blocks. Since Nakamoto created the Genesis block of the Bitcoin blockchain in 2009, a new block is continuously appended to it. The database is thus expanded chronologically in a linear fashion.

If I transfer an amount of money from my account to another account of the same bank in the old fashioned way, the bank knows my account balance, that of the recipient, and can thus check whether I have enough money to make the transfer. If so, the bank adjusts the account balances accordingly. Only I – and my bank – know how much money is in my account and which transfers I have made.

The blockchain is based on an “open ledger.” Everyone in the network can see who has how much money and what transactions are being made. Based on this, participants can approve or reject a transfer.

This open cash book is not stored centrally on a server, but decentrally in the network. Each participant can keep his or her own ledger, and many independent copies exist.

So-called miners check if the transaction is valid (Do I have enough money to transfer the amount?) and look for a key code to link my not-yet-validated transaction to the open ledger. The miner who manages to do this first receives a financial reward for the computing power expended.

The key found is published on the network, the open cashbooks are synchronized, and my transfer is valid. So the miners organize and secure the open cash book together.

Characteristics of the blockchain

The fact that the blockchain is distributed across many computers prevents any one person or organization from having all the control over it. And at the same time makes it impossible for attackers* to shut down the service by hijacking or overloading a central server.

The direct sending of value

Ever since the first email was sent, the Internet has been used to send information. Proponents* argue that the blockchain now provides a sufficiently secure infrastructure to send assets as well. And it does so directly, without a middle*woman – the concept is called peer-to-peer.

It follows from decentralization that contributions are extremely difficult to change or remove. This is because the majority of the participants* would have to jointly decide to manipulate them – which is simply impossible with the amount of participants* that the Bitcoin blockchain now has.

From smart contracts to electoral support

With these prerequisites, the technology is ideally suited for a monetary system that does not require financial institutions or government control. Another example that is often mentioned are so-called smart contracts, i.e. contracts that can be concluded without a (legal) third party and still guarantee legal certainty.

The technology is therefore interesting everywhere where one wants to exclude humans as a source of unintentional errors and intentional damage. An article on Computerwoche cites prescription fraud, falsified speedometer readings or vandalism of payment systems as examples that can be avoided through blockchain-based systems.